The Squirrel and the man who followed

As I was trying desperately to get some words to stick in my brain (aka memorizing lines for my latest show) I happened to look out my front window to see a squirrel lying in the most peculiar position. I don't think I'd ever seen a squirrel on its back like that...and that's when I realized he was trying to move, trying to stand, but he couldn't...I watched him for a good ten minutes and became a little panicked for him. I have no idea what happened to him, or how long he'd been like this...but I did know one thing... it needed help.

So I did what everyone does these days when one doesn't know what to do...I posted about it on facebook. After a very long threaded debate over whether I should kill the squirrel or save him...I decided to try and save him. So, I collected a box and threw in some fleece scraps from my latest owl project and put on my husbands gloves.

I stepped out into the drizzly rain to find my little squirrel friend has scooted his way out onto our sidewalk. I'd never seen a squirrel looking so...disheveled. His tail was heavy and diminished with rain and his whole body lay flat on the cement like roadkill...but he was still breathing and his eyes blinked with determination. It looked to me that at least one of his front legs was broken. I stood next to him on the sidewalk for a good 10 minutes...I guess I thought I needed another shower because my hair was now dripping wet.

I knew why I didn't want to pick him up and put him in that box...and it wasn't because I was scared to do it (I was...but that wasn't why)...I stood there because I knew the second I put him in that box...his life would be in my hands. I would be taking responsibility...he'd be...MY SQUIRREL.
But as soon as I saw a leashed eager sniffing tail wagger walking down the sidewalk I knew I needed to do it.

I pat his back gently and stroked him a few times and told him what I was about to do. He didn't put up a struggle he accepted his fate...in that box, on my doorstep. And then I spent the next 4 hours calling every wildlife rescue and rehabilitation center I could find on the net. I left dozens of messages talked to several people who "didn't do squirrels" and when I had to leave for rehearsal I reluctantly left my husband in charge. Night came and I realized he'd be spending the night on our porch, in a box.  I knew several centers would be open in the morning (though they required appointments) so I planned to wake early and try again. I was relieved to find him still breathing and blinking by 7 am. I made my lists of places to call and called them the second I knew their office was open for business. I left more messages...no one was answering. I finally decided I was going to take him to the Flint Creek Northerly Island facility without an appointment, I was determined.

But when I stepped outside to see if I should put him in a better, more transportable box...I found my friend had taken his final breath. I shed two tears and one sigh of relief. The responsibility was gone...but so was my new friend. I know its silly...to care about a squirrel...but I guess I did...if but for half a day.

And wouldn't you know two minutes later I received the call I'd been waiting for for the last 16 hours...."Hello this is ___ from Flint Creek, I'm returning your call about the injured squirrel" and though she thanked me for trying to help she made me feel a little ashamed that I hadn't done more..."next time you really need to bring the animal inside, you can close the door so that your child and your cats don't come in contact...but injured wild animals need warmth to stay alive"

I should have done more.

And that very same thought came through my head when a man showed up at my door just a few hours later. I answered, you see, because I was waiting for a man to come and repair my furnace. I felt guilty for not opening the screen door when I realized it was a sickly looking man in an oversized coat who was clearly not at my door to repair my heater.

"I'm a neighbor. I just moved to an apartment on Touhy 10 months ago. I lost my job 10 months ago after I couldn't come to work because I had a brain tumor removed" (showing me his scar) "and from then on I've lost everything I worked 40 years to build...my house, my antiques, my car...the only thing I have left is a mattress and a few clothes. I don't want to be doing this...coming to a complete stranger...but I don't know what else to do. You see I found a job...I'm a master cabinet maker, they've hired me and I'm supposed to start tomorrow but the job is in Skokie and I need a bus pass to get there. I'm a proud man...I've worked hard every day of my life...I do my best....but I'm not proud of this...can you help me? I'll pay you back as soon as I get my first paycheck."

I hated myself for just staring, not saying anything...my mind was racing with thoughts I'm not proud to share..."why should I believe you?"..."who is to say this isn't a lie?"..."I'm poor too...last month I had to eat mac 'n cheese for a week straight just to make rent."..."why did you choose my door when you live 3 blocks away?" And then I noticed the box next to his feet, the one I'd covered a few hours before with a kitchen towel.

I could have done more.

"I don't have any cash" this wasn't a lie..."and I have to wait here until the heater repair man arrives...but I have to go to rehearsal tonight and on my way home I'll swing by an ATM and put cash in an envelope and tape it to my mailbox, you can come by later tonight to get it...I can do that for you."

I don't know if he was telling me the truth...but when I said this his face lit up and his blue eyes drew tears to match..."thank you. I'm so excited. I can't wait to get to work tomorrow...and smell the sawdust"

I had a funny feeling as he walked away...I hated that I didn't completely trust his story. I wish I could full heartedly trust this sweet seeming elderly man I'd just met...but in the world we live in I've forgotten who to trust...but I knew I needed to make good with my word...because as my squirrel friend reminded me, life is too precious, too short...and even if I always walk away thinking "I could have done more" at least I walk away knowing I did something...
So I made good with my word...but instead of leaving him cash I bought him that unlimited bus pass and stuffed it in an envelope with a note which read:

Dear Tom,
I hope this helps get you back on your feet. Good luck with your first week at your new job. And if you want to repay the debt put it in an envelope and place it in my mailbox when you feel you can afford it. God Bless You.
Your neighbor,
Kirstin
P.S. I love the smell of sawdust too

The envelope was gone this morning.
Email Post
Labels: helping out your fellow man karma life and death life story saving a squirrel 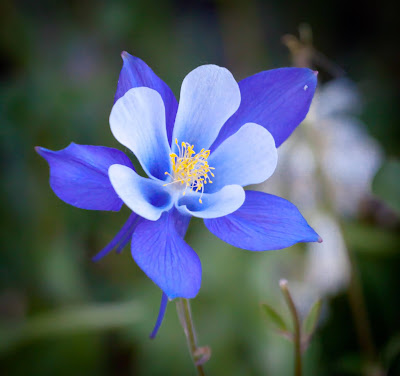 About Grieving and Birthdays 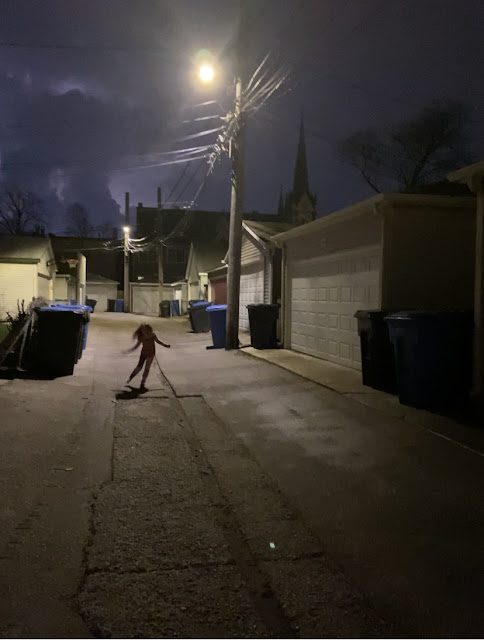 The Monsters in the Streets